The Student’s Model United Nations of Bucharest (S-MUNOB) took place for the first time from the 5th of March through the 11th. Approximately 20 nations participated in this international conference, along with several students from CUB as part of the newly established student association called the International Diplomatic Student Association (IDSA).

But let’s not rush, and let’s get back to the basics! What does MUN mean? The origins of the Model United Nations started up at Harvard in 1945 and ever since hundreds of similar conferences are organized worldwide; from the Hagen and Tel Aviv to Taipei or Sydney, and even Budapest, with more than 600 students from all over the world year by year. The Model United Nations, as its name says, is a session simulation of the UN’s work. When first you see several students wearing suits heatedly debating and playing the role of a diplomat it may first appear to be just a game with passionate players, but later on you will realize that there are serious negotiations and rhetorical speeches! As much as it is serious, it is also just as much fun! Why? Youth from different continents, backgrounds, and with different point of views, have the same passion: understand the ongoing issues of our world. For the Hungarian delegates, it was their very first MUN and seeing 150 participants work together, trying to find answers and solutions to current critical global issues was delightful! The result was also very pleasing for the organization: we came back with 4 “best delegate” titles and several nominations!

When hundreds of students come together, of course, there cannot be only professionalism. We had the chance to experience the nightlife of the city, and somehow – even during the free-time activities – we got that special feeling of internationalism and MUNs; not only because these days you communicate in English all the time, but maybe because you call the others not by their name but by their represented countries. As a first timer, I liked the atmosphere of it all and the committee sessions were great and gave me several professional experiences; and last but not least, I had the opportunity to make long-lasting friendships! “Greeting from China”! 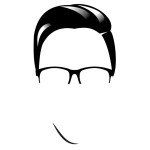